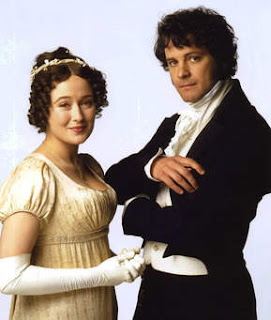 Since last week's offering, much has happened. I finished Pride and Perception, tapping out at 72.5K words. This is the longest book I've ever written, it is also one of the fastest. For those of you who have known me for a few years, you know that I am a very slow writer. It usually takes me over a year to write a book. This story's genesis occurred on Dec 13, 2020 (I keep all my plot bunnies safely penned in OneNote), wrote a teaser for the first chapter on a JAFF site on Dec 15, 2020, and began writing in earnest on or about Jan 2, 2021. In a little over eight weeks, I had it complete.

I am in shock.

I am also in love. I wrote all these characters fairly close to Miss Austen's outline, but as she didn't give us much on the character of Mr. Darcy I freely delved into him and fleshed out his friendship with his cousin, Colonel Fitzwilliam. Some of my favorite scenes are between these two gentlemen, and I will say - Mr. Darcy is not so fussy with his language when he's with a man who's known him ALL his life. I'll be sharing excerpts from Pride and Perception on Austen Authors, March 24, 2021. Please come on over and share in the conversation on that date.

So, having said all that, let's get on with this week's snippet.

We left off with:

“Whom do you mean?” Darcy turned around and looked for a moment at Elizabeth, till catching her eye, he withdrew his own and said in a voice that would have frozen over the Thames, “She is tolerable, but not handsome enough to tempt me. I am in no humor at present to give consequence to young ladies who are slighted by other men.” At Bingley’s horrified gasp, he continued. “You had better return to your simpering partner and enjoy her smiles, for you are wasting your time with me.”

Stunned, Lizzy took small comfort in the apologetic look Mr. Bingley afforded her before removing himself to seek the company of Jane. Mr. Darcy gave her one more haughty look before stalking off to join his own party, who’d not strayed far from the door, as though they expected to take flight at any moment.

Lizzy remained in place, not wishing the rude Mr. Darcy to think his words had pierced her outward confidence and toyed with the idea of sharing his caustic comments with friends. It was only when she remembered the words Papa had spoken to her mother earlier, of taking the high road when it came to the gentleman from Derbyshire, that she pasted a smile on her face and joined her parents, ne’er a caustic word crossing her lips. She’d no sooner greeted her Mama that she was asked to dance and was never in want of a willing partner for the rest of the evening.

She also never realized the eyes of one taciturn gentleman followed her all night. Even when he danced with the ladies of his party.

Continuing on with the start of Chapter Two:

“I still cannot believe he said that about you.”

Jane laid a comforting hand upon her arm. After more than two weeks, Lizzy had finally shared what Mr. Darcy said on the night of the Assembly.

“Indeed, such a rude man. Not handsome enough to tempt him, indeed. His manners, though there was not much evidence of them, seems to indicate he is well bred, but not inviting.” Mrs. Bennet settled her skirts about her knees, then folded her hands onto her lap, spearing Elizabeth with a confident look. “I give you leave to dislike him Lizzy, and you are not required to dance with him. Ever.”

“I do believe that is one promise I will have no difficulty in keeping.”

Weekend Writing Warriors is a fun blog hop where authors share eight to ten lines from a Work in Progress. If you'd like to check out some other author's writing, please click on this link: WeWriWa
Oh! -I forgot to add. I keep all my plot bunnies penned separately. One time I had them bunched together and they spawned a series. I know better now. Hugs and squishy kisses to all of you this fine spring day!
Email ThisBlogThis!Share to TwitterShare to FacebookShare to Pinterest
Labels: #amwriting, #JAFF, Jane Austen, Pride & Perception, Regency Romance, Weekend Writing Warriors