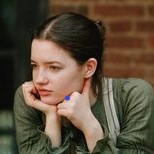 Before Mary knew it, the days had flown by and the night of the quarterly Assembly was upon them. She stood staring at her reflection, wishing she could refuse to attend. The dress Mama had commissioned from London was lovely. Although the pale-yellow silk boasted a modest scoop neckline with delicate capped sleeves edged with lace, she was a tad uncomfortable with how much of her bosom was on display. Fine clothes did not ensure her a successful night of dancing. She would not be surprised to find herself seated along the edges of the assembly hall just like all the other times, and wondered, with a wry twist of humor, if her gown would clash with the wall paper. A knock on her bedroom door claimed her wandering attention and the reflective glass revealed her mother peeking around the door into her room.

“Why aren’t you ready? Your Papa is waiting.”

“I will not enjoy this evening, Mama.”

How could she explain, to a woman who lived for social gatherings, that she’d rather eat blood pudding for a month than endure tonight’s festivities?

“You certainly won’t if you approach it with an attitude like that. No young man worth his salt will want to partner with such a sour puss as you.” With an agitated sniff, head held high, Mama turned and headed for the stairs.

Mary took a moment to quell her rising agitation. Becoming vexed with her mother was not the way to begin the evening. Her mother had been positively giddy with excitement preparing for the Assembly as tonight all of Meryton would recognize her as Lady Bennet. The upcoming hours stretched interminably before Mary. Her only hope lay in Mama becoming fatigued and wish to leave early.

“Mary! Stop delaying. Your Papa does not like to be kept waiting.”

She picked up her shawl and threw it over her arm. The evening still retained some warmth from today’s sun; however, if they stayed late at the Assembly, the night air would be too cold for bared arms.

“Coming,” she called back and closed the door of her room before hurrying down the stairs. Her mother stood framed in the front door; the color high on her cheeks. Her silk gown of deep blue became her and on impulse, Mary gave her a light kiss on the cheek. “You look lovely, Mama. Papa will not enjoy the evening if he’s busy fighting off other men.”

“Oh, you.” Mama tapped Mary’s arm with her fan as she giggled like a schoolgirl. “Your father never enjoys these events, as you well know, and he will not fight off any men. I shan’t be asked to dance. I’m too old.”

“You, Madam, are wrong on one account. I intend to dance with you,” Papa declared from the front step. “Let us be off, and don’t kick the dueling pistols I loaded into the carriage.”

Mary could only shake her head at the teasing tones of her parent as she climbed into the carriage. After years of subtle derision on her father’s part to their mother, this light-hearted exchange gave her hope for their future, regardless of the baby’s sex.