One week into this crazy month of writing and as of last night I tapped out at 13,513 words. Longbourn's Angels has 8,491 words and a little side story - yes, my muse threw me a curveball and I had to get some scenes down before they faded off into the ether - tentatively titled In Essentials is holding its own at 5,026 words.

Below is a taste of In Essentials. Mr. Darcy is very dark in this story. I know, what else is new when it comes to me writing about the dour man from Derbyshire? Once again I hold out great hope for him. Elizabeth will have to be exceptionally strong with this one. 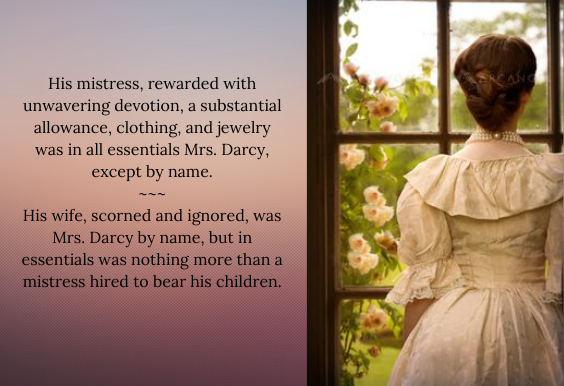 He stalked the edges of the assembly room, hating every minute he had to remain in the room. Jostled from all sides, no matter how much he tried to avoid contact with people he did not know, he made his way as far from his friend’s sister as possible in such close quarters. The room stank of cheap tallow candles, unwashed bodies, and bad breath, but more than that it stank of desperation. Desperate mothers and fathers seeking to have their children wed. Male or female, it did not matter. The goal was to find a warm body that would ensure their heritage would continue and hopefully bring ready cash into the family coffers.

He, too, was on the hunt but not for the same reasons. Earlier that month his uncle had once again lambasted him for not marrying one of the many debutantes paraded past him at endless balls and soirees, threatening to challenge the guardianship of his younger sister. Tired of his mother’s brother trying to force him into marrying his choice, and his mother’s sister demanding he marry her daughter, he decided he would find his own wife. And, not any wife. She would be vile. Not in looks. If he had to bed the wench, he wanted some form of beauty and a pleasing body. No, she would have to be someone who teetered on the edges of polite society. A gentleman’s daughter with vulgar connections. The more vulgar the better.

He had no need for love. Daphne filled all his requirements in more ways than one. His lips lifted in a smile as he remembered how she’d bid him farewell, knowing she would not see him for a few months. Straddled across his lap, she had raised and lowered herself, allowing him free reign with his hands. There was not a crack or crevice on that delectable body he was not familiar with. After two years, he had still not tired of her. He wished he could marry her, yet knew that he could not materially damage his sister’s chance of making a good marriage when she finally came out. Only for her would he sacrifice his love.

A high-pitched shriek followed by giggles and two females barreling past him brought him back to his quest - finding a gentleman’s daughter who would horrify his family. His gaze followed the two ladies - girls really - far too young to be out in society, even in a backwater town like this. They skidded to a stop in front of a woman he had avoided being introduced to. He’d caught the calculating gleam in her eye the minute he and his party had entered the room and knew she had decided on the both of them as future sons-in-law.

At first, he’d dismissed her, but now, watching how her daughters behaved, his interest was piqued. His uncle would be devastated if he showed up with one of those empty-headed twits on his arm. One of them was quite buxom and required further perusal. Lost in thoughts of how to gain an introduction, his friend approached.

“Come, Darcy. I must have you dance.”

“Before we left Netherfield, I told you I would be poor company tonight.”

“Then let us acquaint you with someone pleasant who can drag you out of the doldrums. There are some very pretty girls here.”

“You are dancing with the only handsome woman in the room.”

His gaze fell to his friend’s partner, who had remained on the dance floor, waiting for their turn to go down the line. She was not only handsome; she was divine and he would have had to been dead to not feel a stirring of desire flow through him. However, he did not want to find a beautiful wife, he wanted a woman who was not perfect. Someone his uncle would loath on sight.

“Oh, she is so very beautiful, but you will not distract me in this. I will find someone for you to dance with that is not my sister.”

“For that, I thank you, but you should make your way back onto the dance floor and enjoy your partner’s smiles. You are wasting your time with me.”

“I say, there is a pleasant looking lady just yonder. I could ask my partner to introduce us.”

Darcy looked over his shoulder and spotted a petite woman seated by herself, her foot tapping in time to the music. He caught her eye and paused. With a ready insult on the tip of his tongue, one that he knew she would most assuredly hear, his attention was caught when the buxom lass he’d noticed earlier plopped herself down in an empty chair next to the lady Bingley indicated.

“La, Lizzy! I am quite fagged. I need to catch my breath before the next dance.”

She hadn’t lowered her voice nor did she seem to care that she’d slouched in her chair in a most unladylike manner. The woman, Lizzy, obviously did because she hissed something under her breath and the girl straightened, but not before a pout appeared on her face.

“Oh, who cares what they think. They mean nothing to me.”

The young woman grabbed the girl’s arm and hauled her to her feet before marching toward the vulgar woman, whom he assumed was her mother. Even from across the room it was obvious their mother berated the young lady, allowing the spoilt child to prance off, head held high without batting an eye at her coarse behavior. He smiled. This 'Lizzy' was perfect.

He turned to his friend.

“After your dance has ended, I would be pleased to meet that young lady.”

Ruh Roh... I'm off to hide in my writer's cave to avoid all the rotten tomatoes coming my way...