...she always remained in the background, a nondescript little puddle of brown or gray muslin. 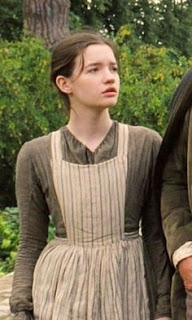 We left last week with:

By the time he’d changed and reassured the terrified man he would not be sent back to the front lines, it was almost noon before he escaped Town.

Continuing on with this weeks' 300:

When one of the horses threw a shoe twenty miles outside of London, he almost cried defeat and turned back. The only thing that kept him within the posting inn walls was the terrifying fact that Mother had threatened him with an afternoon soiree at Lady Fosscroft’s. The soiree was not what he wished to avoid; it was the lady’s two very eligible, very well-dowered daughters who had no qualms, it seemed, of settling with a second son. Ever since their debut two years ago, he’d been careful never to be alone with either of them. As long as he had his wits about him, there would be no ‘accidental’ compromises forcing him down the aisle.

He nursed a tepid mug of ale while waiting for the farrier and wondered what else could go wrong before the day was out. Most likely, there would be a downpour before he reached his destination. Luckily, the horse was expertly re-shod, and he was on his way in under the half-hour. The sun had begun its final descent when he bade farewell to Grandon at Wilton Manor swung up onto Euros, which had been tethered to the carriage, and cantered up the graveled drive to Netherfield Park.

Because of his many delays, Richard arrived late for Hurst’s dinner party and heard everyone gathered in the front drawing-room. Not wanting to draw attention to himself, he asked the butler not to announce him. Familiar with the layout of Netherfield Park, he hastened toward one of the servant’s entrances and slipped into the drawing-room through a hidden door situated near the pianoforte. Upon entering, he glanced around the milling guests and only paused from going forward when a discordant note was played, followed by a whispered, “Horsefeathers.”

He turned to see who had whispered such an innocuous saying and saw Miss Mary Bennet seated at the pianoforte, biting a lush lower lip. Time stopped. There was no other way to describe the moment. It simply stuttered to a standstill.

She was beautiful. How had he never noticed that before? He paused in thought and realized that he’d never held a proper conversation with her. Not once in all the family gatherings over the past few years, not even when he taught the ladies how to shoot after the incident at Nathan and Caroline’s wedding ball. He was fairly certain she’d been in attendance at Darcy’s house for the infamous dinner when Adborough reconciled with Georgiana. Still, he’d been too busy glaring at the erstwhile Duke to care, and, if he were honest, he’d never taken notice of her because she always remained in the background, a nondescript little puddle of brown or gray muslin.