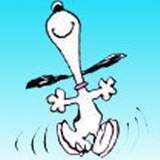 How do you express excitement on a blank white page? Loads of exclamation marks and GIF"s of Charlie Brown's dog Snoopy doing the 'Snoopy Dance'?

That's how I feel about today's guest, Melanie Rachel. She has penned a poignant Austen variation of Pride and Prejudice, where Elizabeth is NOT a Bennet. *gasp* How can that be? Well, dear reader, that's why you have to purchase her book and devour it like my family does turkey dinner at Thanksgiving.


I Never Knew Myself (INKM) was spurred by a plot bunny posted by WhimsyMom on A Happy Assembly (AHA) back in January of 2019. At the time, I was busy editing Headstrong, which is now published, so I had to put it to the side for a time. Then, in late February of 2019, batensp4 posted her short-ish take on the same plot bunny, also at AHA, and the ideas started to press so hard that I had to begin writing. I drafted nearly three-quarters of the book before I absolutely had to stop so I could make my autumn deadline for Headstrong.

I’m a fan of the “Elizabeth is not a Bennet” trope. Kidnapping is only one of the branches on that tree, but after reading the plot bunny, I couldn’t resist. When I sat down to write the set-up, I knew the story wouldn’t be about the kidnapping itself so much as it would be about the impact that crime had on everyone in the story, directly or indirectly. I think an event like this causes a lot of ripples and even some riptides—there would be so many effects that are invisible on the surface. As a writer, that’s the sort of thing I like to play with.

Having said that, we have to have the kidnapping before everything else can be set in motion. So that’s the “almost” first page I’m excerpting here today. I hope you enjoy it!

I Never Knew Myself is available at Amazon. You can order your copy HERE 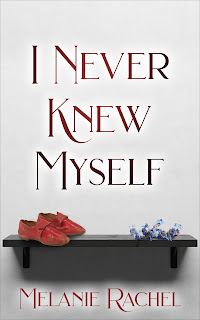 Maria Windham shook her head at her husband’s exasperation. “Where is the harm, dearest?” she asked. “We are in our own home.” She stood and took her husband’s warm hand. “She has been waiting more than a year to wear it and she was very excited to show it to Richard and Malcolm.”


Daniel Windham pinched the bridge of his nose with his free hand. “Ellie already has too much freedom, Maria. Really, what will you say when she wishes to attend Eton with her brother? We cannot allow her to parade around the grounds like a boy.”

“Oh Daniel,” Maria replied, waving her hand in the air. “Do not fuss. She is four and, may I remind you, has learnt her stubbornness from her Papa. If you forbid her to wear it, you will have a battle. If you say nothing, she will change her clothes without coercion and, I daresay, will do so in less than an hour.”

There was a chorus of young voices in the entryway, and Windham followed the noise to the door of the drawing room. His wife’s Fitzwilliam cousins were visiting, along with their cousin Fitzwilliam Darcy, whose mother had recently entered her confinement. They were all making ready to head out of doors. There was a great divide in age between the visitors and his children, but his nephew Malcolm, the future earl and the eldest at eighteen, did not see it as beneath his dignity to take his young cousins out to play. In fact, all three boys seemed to enjoy entertaining the lively Windham brood.

In the middle of all the excitement was his four-year-old sprite of a daughter, hopping up and down, dressed in an old, cut-down livery. It was a dark red with yellow piping and tiny tan breeches. The material from the old livery had largely been put to other purposes, but Robert had rescued this one from a rag bag somewhere. He had begged to have it as an army uniform and Maria had herself cut it down for him. His daughter was now preening in it as though it was a ballgown. He shook his head at her. Breeches. “Good day, Miss Ellie Windham,” he said, sweeping her up into his arms, “or shall we call you Master Eli instead?”

Elizabeth scowled, her face a black cloud. “Ellie is my name, Papa. I am Ellie.”

“Very well, my girl,” Windham said, placing a quick kiss on his daughter’s forehead. He gazed at her little face, a tiny copy of her mother’s. Large dark eyes with long black eyelashes, a small pouty mouth, cherry red lips, a delicate little nose, long dark curls. He sighed, knowing it was hopeless. He could deny her nothing.

I am going to fast forward to the end of the first chapter where disaster strikes...


Fitzwilliam Darcy would never forget the sound of Richard’s shout. It was loud, of course, and angry—but the fear that ripped through the single word sent a frozen shock to his very heart. No, Richard cried, and began to run. No!

He and Malcolm turned back toward the house to follow Richard’s movement, and then they saw it, too. The nurse who had been following Elizabeth back to the house was holding young John tightly. She finally let out a shriek—but it was weak, and the woman seemed unable to move. Before her, headed their way but slightly to the west, was a masked man galloping away on a large, powerful black horse. He held the reins tightly in one hand.

His other arm was wrapped around a wriggling Ellie Windham.

Malcolm tossed Robert over his shoulder and raced back to the house as the little boy screamed for his sister. Richard was chasing the horse down the approach, but it was already past him and William knew it was hopeless. He whirled around to glare at the woods that covered this side of the property, remembered there was a stream and a field beyond. The road wound down for a half-mile before it turned to the south. If they cut across the field . . .

“Richard!” he yelled and darted away.

He dodged trees and roots, skidded down a soft bank and jumped over the stream, then clambered up the other side. Lungs burning, he burst through the woods into a brown field. He never stopped, his legs and arms pumping hard, breaths coming in quick gasps. As he reached the center of the field, heading toward the far end, he caught the rider out of the corner of his eye. He took a huge breath of air and increased his speed.

His feet hit the hard ground of the road just as the horse was racing past about six feet away. It shied and reared, and William took advantage of the moment to stretch his arms out and lunge. Time slowed as Elizabeth reached her small arms out to him—he nearly had one of her hands—and then she was jerked away roughly, and William grabbed nothing but air, bounced off the horse’s rear flank and landed unceremoniously on his back in the dust of the road.

Before William could recover, they were out of his reach, hurtling down the road, leaving him on his knees and gulping for air. He was only barely aware that Richard had arrived and was bent over at the waist, huffing and puffing next to him. All he could hear were the horse’s hooves beating against the dry ground as it drew farther away.

He felt Richard’s hand on his shoulder and turned his face up to meet his cousin’s tortured gaze.

He’d been so close. But Ellie was gone.


About the Author:
Melanie Rachel is a university professor and long time Jane Austen fan. She was born in Southern California, but has lived in Pennsylvania, New Jersey, Washington, and Arizona, where she now resides with her family and their freakishly athletic Jack Russell terrier. Her previous novels include Drawing Mr. Darcy: Sketching His Character (Book One) and Drawing Mr. Darcy: A Faithful Portrait (Book Two) as well as Courage Rises and Courage Requires and Headstrong, a modern P&P adaptation trilogy.

Even though I read I Never Knew Myself on A Happy Assembly, I have already purchased this heartwarming story for my kindle. Can you tell I'm a bit of a fan girl? True dat.

P.S.: Remember to hug someone you love today, because as Mel's story will show, you never know what the future holds.