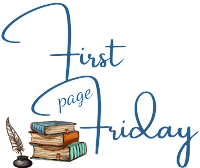 I'm thrilled to share with you CAROLINE. She was my first Jane Austen Fan Fiction and the whole premise of the book began with one simple question.


Whatever happened to Caroline Bingley after both her brother AND Mr. Darcy became engaged to the Bennet sisters?

The concept of what she felt and how she dealt with this crushing blow to her long held dreams galvanized me into who Caroline was when no one was around. And I delighted in presenting her with a man who saw beneath her calculating facade and actually liked her for who she was and what she could become. 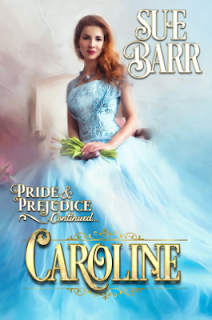 Caroline Bingley, beyond frustrated with her brother, Charles and Mr. Darcy both proposing to the Bennet sisters, dreads their upcoming nuptials. For three years her sole focus has been on attaining a marriage proposal from one Fitzwilliam Darcy of Pemberley, only to be foiled by a country miss with ‘fine eyes’. Adrift and not sure of her place in life, she meets the mysterious and devastatingly handsome Lord Nathan, who equally vexes and intrigues her.Lord Nathan Kerr, third in line to a Dukedom, had a well-earned reputation as a Rake. He cast all that and his noble title aside to become Mr. Darcy’s vicar in Kympton, finding contentment in leading his small flock and doing the Lord’s work. His plan for a quiet, country life is thrown into upheaval when he meets the fiery Miss Bingley. Can he reconcile his rising desire for the spoiled miss with how a vicar’s wife ‘should’ behave?


Caroline Bingley descended the grand staircase and proceeded toward the breakfast room, barely acknowledging the footman who efficiently pulled a chair away from the table for her. With a soft swish of silk, she settled on the seat. When the second footman poured some tea, she deigned to give him a slight nod of approval, but that was because she was in a fine mood.

She noted through the window overlooking her sister’s favorite garden that it was a beautiful fall morning, the leaves of the oak trees a riotous flame of red and orange. October was just around the corner and her good mood, which had been in evidence since late August, showed no sign of wavering. She’d even gone to church the day prior for mass and enjoyed the hymns, although the bishop nearly bored her to tears.

As she fussed with her morning meal, she mentally ticked off plans she and her brother had for the upcoming week. Charles had papers to sign with their lawyer to quit the lease at Netherfield Park and she had a fitting with Madam Beaufort before the much anticipated Annual Michaelmas Ball at Lady Addleworth’s mansion.

Mr. Fitzwilliam Darcy was sure to attend the ball. He and his cousin, Colonel Fitzwilliam, who’d arrived in Town the other day, were spending an inordinate amount of time with Charles. She hoped it was because Charles finally decided to pursue an arrangement with Miss Georgiana Darcy. Darcy and the good Colonel, as her guardians, would finalize the articles of marriage as well as details of the dowry. With luck Charles would announce their engagement before the ball and with his shy little sister taken care of, Mr. Darcy could finally concentrate on his own happiness.