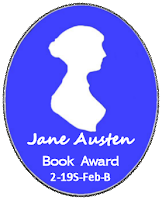 A poignant tale of Caroline Bingley's struggle to overcome Mr. Darcy's rebuttal of her affections, and his eventual wedlock to Miss Elizabeth Bennet unfolds. With a hard lesson learned for the young lady with a scissor sharp tongue, Caroline is forced to consider her future. A bleak picture emerges, and while she must at all costs be present at Darcy's wedding she did not foresee Pemberley as the prime venue for the wedding breakfast. With stoicism, Caroline strives to impress on the Misses Elizabeth and Jane Bennet, she no longer bears hard feelings toward either of them. All the while she remains embittered in belief her life is in tatters and her heart shredded by Darcy. Quite oblivious to another gentleman who views her as Darcy never has, Caroline is soon faced with a dilemma. Totally unaware the thrill of the chase excites her admirer she finds him exhilarating company. He is what he is at heart while somewhat reformed in character. To her chagrin he becomes her salvation and mentor in many respects. Soon a Caroline she never knew existed emerges from the dark shadow of all she had despised about herself. Hence envy, heartache, gratitude and love, is blended with the skill of excellent prose and solid plot. And with the pictorial splendour of the Pemberley Estate is where a happy ever after for Caroline is realised. Therefore the Jane Austen Award is hereby bestowed to Sue Barr for Caroline: a P&P Continuation.

The Quill Ink
by Christina Boyd

“Georgiana” is a standalone novel in the three-book “Pride & Prejudiced Continued” series from author Sue Barr. I am going to presume we are all familiar with Jane Austen’s masterpiece Pride & Prejudice and how Mr. Darcy saved his sister, Georgiana Darcy, from scandal when she nearly eloped with the manipulative, spendthrift George Wickham. Now married, Darcy and Elizabeth are ready to launch Georgiana out into the best society—but this young heiress’s limited (and unfortunate) experience with the opposite sex has left her anxious. However, when the Fifth Duke of Adborough, Maxwell Kerr, enters the picture and pays particular attention to her, she is at ease with this dear family friend. Might this handsome duke ever look at her as more than the girl he once knew and esteem her enough to court her?


“She’d been led astray before by fanciful thoughts. This time she would proceed with caution and wait for him to declare his intentions.”

Still when a young heiress is presented, all eyes are on her…and her thirty thousand pounds, attracting all kinds of fortune hunters. Incredulously, one such penniless peer absconds with her...


“A woman cowered on the floor beside the bed and a man clad only in his breeches, his back to the door, held her ankle in his left hand, his right had raised above his head as though to strike. The woman’s nightgown, twisted around slender thighs, had risen enough to reveal several bruises and one deep cut on her creamy skin.”

...but Max rescues her from the dangerous rogue before further harm. Gallantly, Max offers Georgiana his hand in marriage. But no sooner after the vows are said, Max learns that this was not her first near miss—and wonders if he has somehow been duped. Rather than asking her to explain what exactly Wickham did to her, he hightails it back to London, leaving her alone at his country estate. What started as a “knight in shining armor rescuing the damsel in distress and they live happily-ever-after” story becomes pages of much strife, yearning, misunderstandings, and lovelorn letters. Can he ever come to accept his lot and live with such a wife, and how will she ever know what she has done to turn him away from her? And wait until Darcy and Elizabeth find out their sister has been abandoned so soon after she has wed! It’s a melodrama that will keep you turning pages to find that hard-earned happily-ever-after.I liked this one. Maybe not as much as my favorite of the series, “Caroline”, but it’s definitely a good read!