I have not signed into WeWrWa for a very long time and to my fellow warriors... Sorry 'bout that.

So, I cannot promise this will be a regular thing - real life has a nasty way of saying, 'Nuh Uh, you ain't doin' that right now,' and things get pushed back. Suffice it to say, I am here for today.

Here is this week's selection:

Obliged by the scarcity of gentlemen to sit down for two dances, Elizabeth became aware Mr. Darcy had paused in front of her. Would the handsome gentleman notice her and ask her for a set? Mr. Bingley, dancing with Jane, broke from the line to implore his friend to join the set. Elizabeth, with no intention of listening to their conversation, could not avoid them as the two friends paused no more than a few feet from where she sat.

“Come, Darcy,” Bingley said, “I must have you dance. I hate to see you standing about when you could be enjoying the company of a pretty girl.”

“You know I detest dancing unless I am particularly acquainted with my partner. At such an assembly as this, it would be insupportable. Besides, your sisters are engaged and there is not another woman in the room whom it would not be a punishment to me to stand up with.”

Elizabeth was surprised at Mr. Darcy’s assertion that dancing with any one of her neighbors and friends was considered a punishment instead of enjoyment.

And a taste for more:

“You are so frustratingly fastidious,” cried the younger man. “These people are my neighbors. Can you not, for my sake, soften your attitude for one dance? Truly Darcy, I never met with so many pleasant girls in my life, and several of them are uncommonly pretty.”

“You are dancing with the only handsome girl in the room,” said Mr. Darcy, looking toward the dance floor. Elizabeth took note of where he directed his attention and felt a slight thaw in her disgust. Someone who thought Jane beautiful could not be all bad.

“I agree. She is the most beautiful creature I ever beheld! Regardless, you will not detract me from my mission. I must have you dance.” Bingley cast his gaze around and it fell on Elizabeth, who looked away, embarrassed at having almost been caught listening in on their conversation. “I say, there is a young lady sitting down just behind you who is quite pretty. Miss Bennet will know who she is. Do let me ask my partner to introduce you.”

Elizabeth worked hard to regulate her breathing, counting to ten while mentally preparing a positive response when he asked her to dance. By the time she reached three, she realized there had been no answer from Mr. Darcy, other than, ‘Which do you mean?’ Without thought, she glanced up and found him staring directly at her. Upon catching her eye, he withdrew his own and coldly said, “She is tolerable; but not handsome enough to tempt me. I am in no humor at present to give consequence to young ladies who are slighted by other men. Return to your partner and enjoy her smiles, you are wasting your time with me.”

Stunned, cheeks burning with mortification, Elizabeth could not even form words in her mind at his brutal observation. All her life she had been found wanting by her mother, forever compared to Jane who was the epitome of beauty and grace, yet she’d always felt she had a small measure of pleasing features. Her eyes were quite fine, and she had a quick smile for everyone. To be dismissed so summarily by someone who had never met her before this evening, cut her to the quick. Mr. Bingley opened his mouth to argue further when a familiar figure stepped in front of both gentlemen.

“Excuse me, sir. I believe you owe my sister an apology.”

“I do not know who your sister is, sir,” Darcy replied, giving the younger man a haughty glare.

“She is the one whom you find barely tolerable, and not handsome enough to dance with.”

Oh dear, this could get messy. Elizabeth hurried to join them. By this time, a second gentleman had come alongside and also glared at Mr. Darcy.

“If you require introductions, sir, you are cordially invited to join us outside. My brother and I will introduce you to our fists. You will find they are not tolerable as well.”

“Michael! Gabriel!” Elizabeth stepped in their midst. “Apologize to Mr. Darcy at once.”

“He insulted you, Elizabeth,” Michael ground out between clenched teeth, his steely gaze never wavering from Mr. Darcy’s.

“He deserves to be horsewhipped for saying such things about a lady to whom he has not been introduced,” Gabriel added, and gently tried to move Elizabeth aside. “It was extremely rude.”

“I agree, Gabriel. Would you like to take the first punch?”

“No, you are the elder Michael, you may go first.” 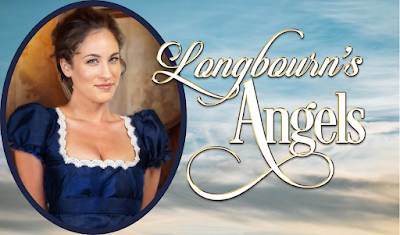 Weekend Writing Warriors is a fun blog hop where authors share eight to ten lines from a Work in Progress. If you'd like to check out some of the other author's writing, please click on this link: WeWriWa