She hastened her pace upon entering the village of Meryton. No one seemed bothered by the fact that she’d walked the mile and a half from Longbourn – alone. No uproar over her being unchaperoned, without a maid or escort. Not even a family footman lurking in the background on the off chance someone might try to compromise her. No, she, Miss Mary Bennet of Longbourn, third daughter of five, enjoyed the freedom of movement customarily attributed to doddering old spinsters and widow’s long past looking for another husband.

She was, to put it succinctly, unmarriageable.

“Good afternoon, Miss Bennet. Lovely day, ain’t it?” Mrs. Sheffield greeted her while sweeping the wooden boardwalk outside her shop.

“Good afternoon, Mrs. Sheffield. It is a lovely day.”

“Have you read the newspaper today?”

“No, Papa keeps the paper for himself and shares whatever he thinks is newsworthy. Was there something important I should know about?”

She leaned the broom against the outer wall and disappeared into the store, returning in a few minutes with The Gazette. She handed the paper to Mary and said, “Page Three.”

Mary took the paper from Mrs. Sheffield and opened it to the appropriate page. Emblazoned in bold type across the top was the heading: ‘HRH, the Prince Regent Celebrates End of War.’ The article started by saying HRH the Prince Regent wished to celebrate the end of the Peninsular War with an elaborate garden party for every person to whom he or his father bestowed titles upon in the past fifteen years, followed by a quick blurb of where and when the party would be held. A list of all invitees marched down the page in five straight lines.

“I fail to see how a party the Prince Regent is holding affects me, Mrs. Sheffield.”

“I suggest you look at the guest list. The names be in alphabetical order.”

To humor the kind woman, Mary began reading, gasping out loud when she came to the letter ‘B.’ Mrs. Sheffield began to cackle at the look on her face.

“Told you it were important.”

“Excuse me.” Her errand forgotten; Mary handed the paper back to Mrs. Sheffield. “I must return home.”

With that, she spun on her heel and walked quickly down the street. Once out of sight of the village she practically ran all the way to Longbourn. When she arrived, out of breath, the house was in a state of uproar.

The strident tones of her mother’s voice was easily heard through the open window of Papa’s book room. Her father’s reply was not discernable, and it wasn’t until she entered the vestibule that more of their conversation filtered out.

“I am forty-two years of age. How can I go through this now?” Mama’s voice had escalated to near-hysterical proportions.

The door to the book room opened and upon seeing Mary, Papa beckoned her inside. With a fair bit of apprehension, she did as her father bade and joined him and Mama. She seated herself in one of the wingback chairs near the fireplace, and, in preparation to act surprised when he shared the news, waited with hands clasped neatly on her lap. Mama paced in front of the window while Papa settled at his desk with a deep sigh.

“Your mother and I have some news and we would appreciate you keeping this knowledge to yourself for a small amount of time.”

“Everyone will know about it soon enough,” Mama cried out and threw herself into the closest chair.

Mary didn’t know if she should enlighten them with the knowledge that the village of Meryton was already apprised of their good fortune. Deciding to cross that bridge when it arose, she pretended she had no foreknowledge and said, “I shall be the soul of discretion.”

“Thank you, Mary. You won’t have to carry this secret for too long because, as your mother stated, the news will become evident in fairly short order.”

At that, her mother wailed again and bolted for the door, flinging it open before rushing up the stairs. Startled, Mary watched, her mouth open.

“Don’t worry, Mary,” Papa said. “Your mother is only casting up her accounts because of the babe.” 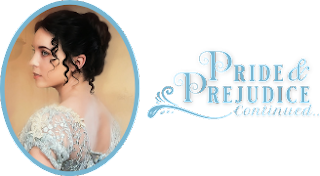